Allison has worked as a performer for almost 25 years. She graduated from University of Wales Aberystwyth with a degree in Theatre, Film and Television. TV credits include, 'The Royal' and 'Shameless'. On stage she has played a variety of roles from Gertrude in Hamlet, to Charlotte Bronte and even Edmund in King Lear. However she has always had strong links to theatre in education, touring schools and colleges as well as leading workshops and storytelling days. Outside of performing Allison has a passion for Archaeology and used her digging skills in a recent episode of Time Team!

Jacqs is both an experienced performer/director and a qualified teacher. As a co-Director of Softsod Productions, she is involved with the development of new scripts that focus on contemporary social issues. She is at her happiest when working with teams of enthusiastic people to create innovative and exciting drama, and when she is eating hot buttered toast.

Jason is from Carlisle, Cumbria.

A professionally trained actor, Jason graduated from the University of Cumbria with a BA (Hons) in Acting in 2021.

He has been acting and directing regularly throughout the county for over fifteen years, in numerous professional and amateur productions.

He also is a fully qualified Level 3 Teaching Assistant and has worked in primary schools for many years.

Jules began working as a professional actor in 1983, performing in theatres nationwide and also in Europe.

She joined Lynx in 2006, delivering Play In A Day for which she also writes.  She is also co-director of FINDING THE WILL (Shakespeare workshops in schools).

She lives in Wiltshire and likes nothing better than getting her hands dirty in a bag of compost whilst planting out vegetables.  Her favourite animal is a giraffe and her favourite colour is yellow.

After working as a secretary for 12 years, Lisa started her performing career in 2000.  She gained a first class Honours Degree in Performing Arts at Cumbria Institute of the Arts in 2003 and went on to gain a Masters Degree in Cultural Performance from University of Bristol a year later.

Lisa has enjoyed performing in a variety of roles.  However, her favourites have to be playing The Witch in Sleeping Beauty and The Wolf in Red Riding Hood (in case you haven’t noticed, she likes playing the baddie in pantos!)

As well as working with Lynx since 2004 (facilitating workshops and writing plays), she has also been involved in a number of other community drama projects.  These include a research role for a project at Haverigg Prison with Theatre by the Lake, Keswick and a script-writing/directing role for an intergenerational reminiscence project with Tullie House Museum, Carlisle.

She enjoys singing at the weekend in the duo Pure Chance and lives with a very silly ginger cat called Billy.

Richard was a special needs teacher for six years in a Rudolf Steiner school before training as an actor at The Birmingham School of Speech and Drama.

Since then he's worked extensively in Theatre, Radio and Theatre in Education.  He is also co-director of FINDING THE WILL with Jules Hobbs.   He lives in Cornwall and has reached an age where he can't pass a garden centre without popping in. 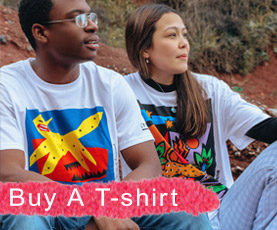 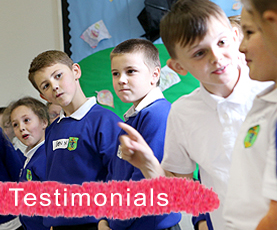