If the human race had to start again, would we make the same choices as to how to feed ourselves, and how do those choices impact on the rest of the world and the creatures with whom we share our planet?

‘What’s On Your Plate?’ is a new project to get children thinking about what they are eating and where it comes from.  The new School Food Plan requires Key Stage 1 children to understand where their food comes from and how it is sourced and Key Stage 2 children to know where and how a variety of ingredients are grown, caught, reared and processed (this criterion also applies to Key Stage 3.  However, our initial foray would be in to primary schools, with a separate project for high schools).  This project will allow children to solve problems and work out, for themselves, how their food gets onto their plate. The children, through an interactive full day creative forum, would be invited to look at how everyone on their planet could get enough food and nutrition, and whether there are more compassionate ways to ensure that no-one goes hungry.

Should being fashionable involve cruelty to animals or are there compassionate alternatives that can make you look just as good (if not better)?

We have continued to work in schools, addressing conservation issues with young people and developing programmes based on their needs. From these workshops and discussions, over the past year, we have perceived there to be a need for a project on the subject of the use of animals solely for fashion.

There is a dilemma for young people inasmuch as although they hate the idea of animals being killed for trivial reasons, they are also bombarded with images from catwalks and magazines that promote items of clothing that have caused animal suffering and death.

For example, tens of millions of wild animals are still being trapped or bred specifically to make fur coats. Cats and dogs are being killed for their fur in the Far East and a lot of this fur is finding its way into Europe and Britain as fur trims on jackets, hats, gloves and toys. Snake and crocodile skins are also increasingly being used. This is not the sort of information that the designers or magazines publicise.  Therefore, consumers may not have the facts to allow them to make informed and compassionate decisions.

We are currently looking to fund a new piece of touring theatre.  This will include opportunities for interaction and an information pack with plenty of inspiring and exciting ideas for classroom projects. This is a long term, very ambitious project.  We will be consulting with fashion companies, educationalists and artists to make the project come alive, in order to have a real impact on making people think about the consequences of their actions, as well as giving them ideas and the self confidence to create their own individual and ethical styles.

Could abusing animals be the first step towards abusing people?

We are in the early stages of discussing and developing a new project for an adult audience.  This is based on the  alarming evidence that cruelty to animals can often be the first indicator of a predisposition towards cruelty (or possibly worse) to humans.  This theme seems to be a natural progression from the work we are doing and addresses the concerns and perceptions voiced by young people. It will be a hard hitting, controversial play that could be adapted for both stage and film, with input from well known actors, song and stage writers.

Contact us for more information about these exciting new projects. 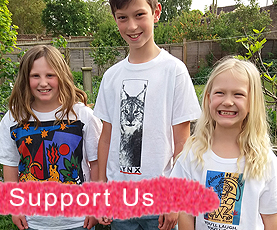 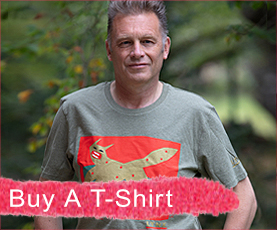 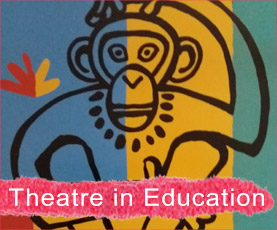